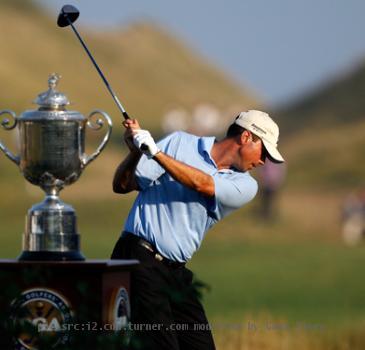 HAVEN (GaeaTimes.com)- Tiger Woods and Phil Mickelson finally played like their original selves at the first round of the PGA Championship on Thursday. With what looked like an almost impossible situation for a game, the weather soon cleared for a satisfactory day of golf. Though the focus was on Tiger Woods after the three birdies in the opening holes, it was Bubba Watson who ended up as the co-leader of the board at the end of the day. The fog delay, however, ensured that none of the late starters could finish their game on Day 1.

After the game Tiger Woods said that he would have been disappointed if he did not finish under par on the day. Coming from Firestone with career worst 18 over 298, the World No.1 showed that he still deserves the title at the Whistling Straits. Finishing at 1-under 71, Tiger Woods is well in the hunt in the PGA Championship. On the other hand Phil Mickelson also showed satisfaction at the end of his game. Finishing with 1 under par in his 11 holes, Phil Mickelson said that he felt better after the 11 holes than he felt after the first 9. He finished his day with two straight birdies.

The day, however, belonged to the leader of the board on Day 1 at the PGA Championship, Bubba Watson. Not only did he mesmerize with his stunning performance, but also gave an interesting post game interview that got the people talking. Looking unperturbed by the delay, Bubba Watson said that he played games on his phone and disturbed his friend Ricky Fowler as the latter tried to get some sleep.