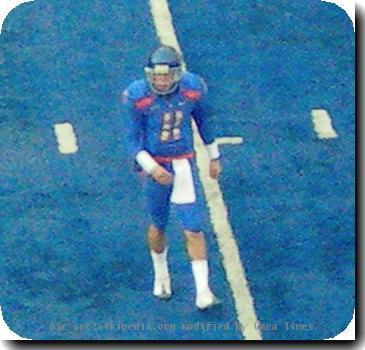 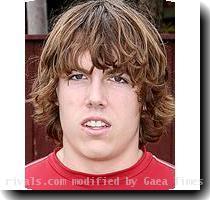 BOISE, Idaho — A year ago, Doug Martin was focused on tackling ball carriers, chasing receivers and learning his assignments as Boise State’s newest defensive back.

This year, the third-ranked Broncos’ Mr. Do-It-All starts the season as the No. 1 tailback.

The promotion is hardly a surprise for teammates, especially his former pals on defense who consider him the most punishing of the Broncos’ running backs.

It’s no shocker to coaches, who think so highly of Martin’s athleticism and work ethic they’re willing to put him anywhere to just get him on the field. He will also see some action on special teams Monday in the Broncos’ season opener against No. 10 Virginia Tech.

“Since Doug has been here, there has been nobody we’ve been jumping up and down more about than him because he’s just so versatile,” coach Chris Petersen said. “He can play everywhere. Then you watch how he attacks practices and workouts. There’s one speed. There’s probably not a more impressive total package than him.”

But Petersen also played down the significance of making Martin the starter.

In recent years, Petersen has steered away from relying on one back. The Broncos also head into this season of high hopes and even higher expectations with a talented group of veteran tailbacks.

Martin will split the workload with Jeremy Avery, who rushed for 1,151 yards last season, and D.J. Harper, who went down with a season-ending knee injury in the third game last year but has looked healthy and sharp in fall camp.

“I think he looks just as he did last year, if not a little stronger, a little bigger,” Broncos quarterback Kellen Moore said.

It was Harper’s injury that forced Martin’s switch from the defense, a move that helped stabilize an offense that rushed for 2,606 yards and 30 touchdowns.

Martin, who at 5-foot-9, 212 pounds runs with a mix of speed and power, appeared to get better with each game as he became more comfortable with the playbook and avoiding tacklers. He ended the season with 756 yards and a team-best 15 TDs — his last proving to be the game-winner in Boise State’s 17-10 victory over TCU in the Fiesta Bowl.

Despite his emergence this year as the top back for one of the nation’s top teams, Martin said he intends to keep success in perspective, knowing the margin separating him from his friends Avery and Harper is thin.

“We knew going into fall camp it was going to be a competitive battle for the starting job,” Martin said before Petersen tapped him as the starter Monday. “We’re really happy for each other. Most of the time, we have a package for two of us being on the field at the same time, and some with all three of us on the field. So we’re all going to get involved.”

That’s a prospect that could cause trouble for defensive coordinators all season. In some packages, Avery may be lined up as a receiver, adding even more to an already potent offense.

Moore is one of the nation’s top quarterbacks and an early season Heisman Trophy contender. His two favorite targets from last season — Austin Pettis and Titus Young — return for their senior seasons. Last year, Pettis and Young combined for 142 catches, nearly 1,900 yards receiving and 24 of Moore’s 39 touchdown passes.

“People don’t give them enough credit that they deserve,” said Virginia Tech defensive coordinator Bud Foster, whose group has seven new starters. “You’ve got a great quarterback. Their running game is completely underrated … and you’ve got two receivers that are as good as anybody in the country.

“But then what makes them … they try to keep you off-balance, throwing, running, different formations,” he said.

Despite all those veterans and last season’s resume, the Broncos’ offense has some questions up front. After weeks of juggling and experimenting, Petersen and his staff have yet to settle on the five linemen who will square off against the Hokies’ defensive front at FedEx Field on Monday night.

“We know who we want out there, but we just haven’t been able to get it done with the injuries,” Petersen said. “Whatever it is, we’re going to be comfortable with it. It’s not like we’re in a situation of ‘oh my gosh, what are we going to do?’”