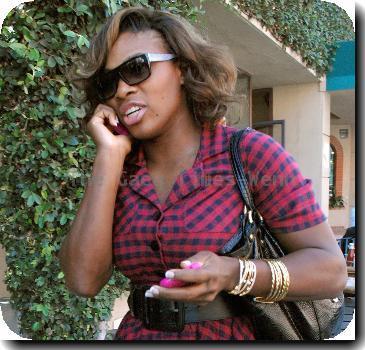 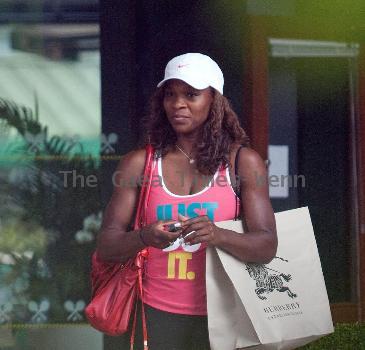 NEW YORK - Rock-steady Serb Novak Djokovic tamed the big-hitting flamboyant game of Gael Monfils as he defeated the Frenchman 7-6 (7-2), 6-1, 6-2 Wednesday to reach a fourth straight semi-final at the US Open.

Third-seeded Djokovic was awaiting an opponent as Roger Federer and Robin Soderling met in a high-voltage quarter-final, with the Swiss holding a 12-1 edge. His only defeat in the series came as Soderling drummed him out in a French Open quarter-final.

Djokovic improved to 5-0 over Monfils, the number 19 who is playing in the New York last eight for the first time.

The Serb held his nerve in characteristic blustery conditions, coming back from a break down to win the first set in a tiebreaker and getting off with an opening break to start the second as his momentum gained pace with French footballer Thierry Henry watching from the Monfils box.

2007 runner-up Djokovic took command in the third to claim his 25th victory at Flushing Meadows. The Serb was playing a sixth consecutive Grand Slam quarter, reaching this level at all four majors in 2010.

“The first set was a turning point,” said Djokovic, who has now won his last 14 sets. “He had a break advantage and I managed to come back. I focussed when I needed to.

“I’m happy to go through in straights sets in these kind of conditions, this was the worst wind of the event. I’m fortunate to be through.

“I now have two days off and I’ll try to use them to recover and get ready mentally and physically for the next challenge.”

In women’s play, Russian Vera Zvonareva continued to tear up the Grand Slam stage, reaching her second consecutive semi-final at a major with a defeat of Kaia Kanepi 6-3, 7-5.

The seventh-seeded winner backed up her appearance in the Wimbledon semi-finals, which she parleyed into a final against Serena Williams two months ago.

Zvonareva managed her victory with 28 unforced errors and just 10 winners against the 32nd-ranked Estonian Kanepi in the first meeting between the pair.

“The weather was definitely not for the good tennis out there. But no matter what match had to be played, and we both were trying our best out there,” said Zvonareva, who returned to the Top 10 after Wimbledon.

“I was trying to make it as difficult as possible for her. With the wind going all the different directions and blowing, it’s not easy to make those shots.

“I’m happy I pulled it out today. The most important thing was to find the balance between aggression and patience. I was able to do that.”