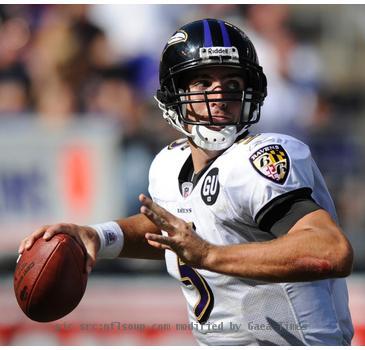 NEW YORK (gaeaTimes.com) — Last night Baltimore Ravens defeated the NewYork Jets for 10-9. But the most surprising fact was the performance of Joe Flacco who seemed to struggling against the Jet’s defense without any luck.

Rex Ryan was the man behind the Jet’s defense. It is very puzzling that Ryan was the defensive coordinator in Baltimore during Flacco’s rookie season in 2008. So it’s not like that Flacco isn’t familiar with the type of defense. But why did he struggled still remains a mystery. Despite of his knowledge about Jet’s defense, Joe kept on holding the ball for too long. This resulted in two sacks and one costly fumble from his side.

The intensity with which both the teams played last night was seriously worth watching. At some points frequent clashes were seen among the players. There was also a lot of jawing going on as these two teams who do not like each other. And when you throw in a very loud and boisterous New Meadowlands crowd, it’s making for very good television.

The Jets are going to face NewEngland Patriots next Sunday.