LOS ANGELES (GaeaTimes.com) — The news might be a heart breaking one for millions of fans of Russian tennis beauty Maria Sharapova. Los Angeles Lakers player Sasha Vujacic has announced his engagement to Sharapova in the wee hours, on Thursday.

We are engaged and both really happy,

the sport star said. He also added that now both of them can concentrate on other things.

Vujacic revealed that he proposed to Sharapova at a friend’s barbecue on the one-year anniversary of their first meeting.

It’s probably old school. I had to do it like a gentleman

Meanwhile, Max Eisenbud, the agent for the former World No.1 Russian player, confirmed the news. 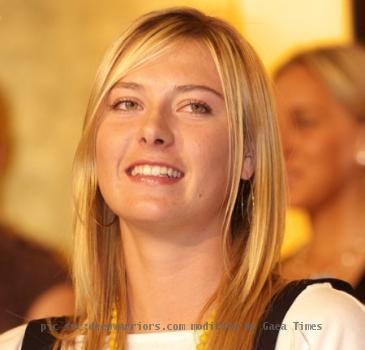 Sharapova rose to prominence at the very early age of 17, when she won her first major title at Wimbledon. Later, she won the US Open and the 2008 Australian Open in the year 2006 and 2008 respectively.

Chronic shoulder injury compelled the World No. 1 player to take a short break from tennis. She came back after one year, but her ranking slipped to 126.

The 23-year-old is currently holding 18th rank, thanks to her hardship and dedication to the game.

We wish Maria Sharapova and Sasha Vujacic will make a great pair!