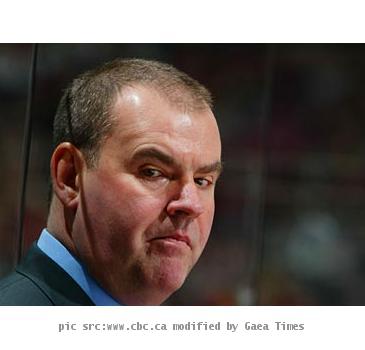 SHERBROOKE (GaeaTimes.com)- Former National Hockey League head coach Pat Burns passed away on Friday leaving his friends and family mourn for his death. The former head coach had been battling against liver and colon cancer since the year 2004 and last year, the doctors discovered that the disease had spread to his lungs as well. Pat Burns died surrounded by his family at La Maison Aube-Lumiere in Sherbrooke. He was 58-years-old.

Gary Bettman, the commissioner of NHL released a statement where it was stated that the world will remember Pat Burns‘ success as a coach and hockey fans will remember the former coach’s honesty, humanity, humor and his courage to fight against the oddities. Gary Bettman on behalf of National Hockey League send his “heartfelt condolences” at the loss of such an “outstanding” patron in the hockey. New Jersey Devils’ coach Lou Lamoriello expressed condolences on behalf of the members, staffs and the management of the team and said that they are “saddened” by the unfortunate demise of the former coach. He said that Pat Burns was everybody’s close friend and he had been an active member of New Jersey Devils for eight years.

Boston Bruins’ President Cam Neely said that Pat Burns was an outstanding coach and a wonderful human being. He said that Boston Bruins team is honored to have such a coach as a part of the history. Montreal Canadiens released a statement where it was maintained that the team is saddened to learn that Pat Burns lost his long battle with cancer. Pat Burns’ family said that they would announce the funeral arrangements in next two days. Pat Burns is survived by his wife, daughter, son, stepdaughter and stepson.

MELBOURNE - A traveller has been arrested for shedding his clothes in a bid to avoid being fris...

MELBOURNE - A security-check at Detroit Metropolitan Airport left a traveller covered in his own uri...

LONDON - US President Barack Obama has defended Transportation Security Administration (TSA) amid a ...

Press Conference of the President after NATO Summit

LONDON - A prosthetic cancer survivor was asked to show her breasts to a security agent during pat-d...

LONDON - A leading US scientist has warned that full-body airport scanners are just as likely to kil...

LONDON - The national outcry over intrusive body searches at American airports has intensified ...

Where is the nearest Dalit village?

PATNA - So long as this question is asked in India, there is no India shining, India emerging, or as...
Copyright© 2010 The Gaea Times