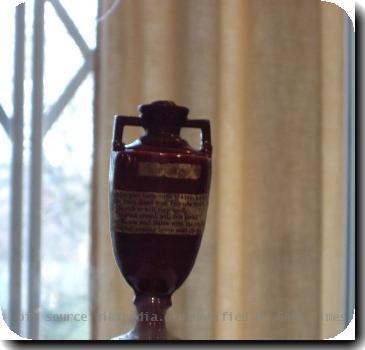 BRISBANE, AUSTRALIA (GaeaTimes.com)- With Day 1 commencing of the most anticipated test series in World cricket today, it looks like both the teams are putting their best foot forward. The Ashes 2010 is more crucial as both teams are looking forward to the 2010 World Cup and a win at this point would help boost the momentum for the side. In spite of the recent slump form Australia, the Ashes 2010 could just turn out to be the turning point for the World Champions.

England won the toss and chose to bat first. Andrew Strauss and Alistair Cook opened the batting and soon Andrew Strauss cuts a ball straight into the safe hands of Michael Hussy. With an early breakthrough, the Australians went into attacking mode and soon Jonathan Trott and Alistair Cook were seen trying to see off the opening overs. In spite of the steady start to his innings, Jonathan Trott had a full pitch delivery from Shane Watson that went through the gate and hit the middle stump. It was then time for the former Ashes hero, Kevin Pietersen to come to the crease and play the role that he is famous for. The enigmatic batsman looked in good touch and timed the balls to perfection. Peter Siddle meanwhile got into great rhythm and removed Kevin Pietersen with some late movement that was caught in 2nd slip by Australian skipper Ricky Ponting. In a short while Peter Siddle also removed Paul Collingwood and England seemed in trouble till Ian Bell and Alistair Cook steadied the innings.

With 30 overs still left to go on the first day of the Ashes 2010, it looks like the balance of the match could tilt in any direction. If Alistair Cook and Ian Bell continue the resistance, England can put up a formidable target on Day 2.