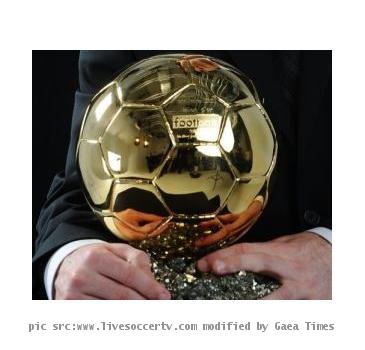 NEW YORK (GaeaTimes.com) — The famous trio of Barcelona Lionel Messi, Xavi and Andres Iniesta have been shortlisted for the 2010 Fifa Ballon d’Or award.

The new award is the result of a merger between the Fifa world player of the year and the Ballon d’Or, which was decided by football journalists.

Messi, who won both titles in 2009, is again favorite after scoring 34 league goals last season and 15 so far this.

Xavi and Iniesta helped Barca win the league and Spain the World Cup and the winner will be announced on 10 January.

Iniesta scored the solitary goal in the World Cup final as Spain defeated the Netherlands 1-0 in extra-time to lift the trophy for the first time.

Messi had a disappointing World Cup, failing to score in the tournament, as Argentina crashed out in the quarter-finals, beaten 4-0 by Germany.

Whom do you think can bag the Fifa Ballon d’Or award?