Federer Triumphed over Nadal in the Charity Match 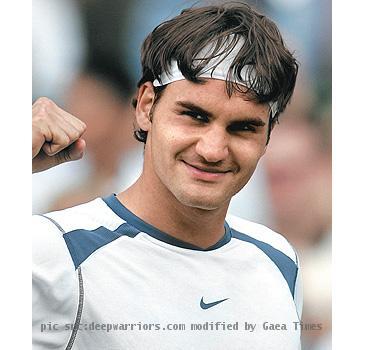 LOS ANGELES (GaeaTimes.com) — Roger Federer won over Rafael Nadal in the first of the two charity matches in Zurich.

The Swiss triumphed 4-6 6-3 6-3 on the indoor hard-court in the Match for Africa, played to raise money for the Roger Federer Foundation.

On Wednesday, the two players will meet at La Caja Magica in Madrid with proceeds going to Fundacion Rafael Nadal.

The outcome is not important. it was a match for Africa, this money is going to go to a really good cause.

NEW DELHI - The Indian sailing team, which won a silver medal in the match racing event at the ong...

NEW DELHI - Employees of All India Radio and Doordarshan Tuesday went on a 48-hour strike to press t...

LAHORE - The investigation into former prime minister Benazir Bhutto's assassination has been...

NEW YORK - Relatives of two New Yorkers murdered at a Hasidic center during the 2008 terror attacks ...

THIRUVANANTHAPURAM - Operations of Doordarshan and All India Radio (AIR) were crippled in Kerala Tue...
Copyright© 2010 The Gaea Times