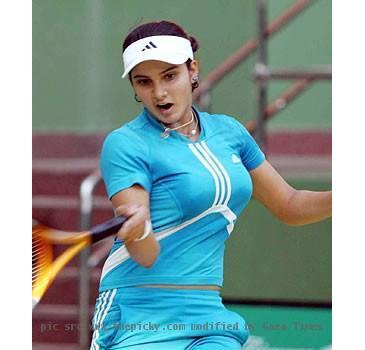 MUMBAI, INDIA (GaeaTimes.com) — Sania Mirza, who recently won an ITF tournament in Dubai to end the year on a high, on Tuesday expressed confidence of a good show in the Australian Open early next year.

She denied that it was a conscious attempt to play ITF tournament in between WTA tournaments. Sania said,

It’s really satisfying. It’s like a dream come true considering the way I started the season with an injury. In the last six months I have been playing consistent tennis. And going into a Grand Slam with a title and beating a top 40 player gives you a lot of confidence.

GUANGZHOU - India's Sania Mirza and Vishnu Vardhan had to rest content with a silver medal in the mi...

GUANGZHOU - Somdev Devvarman assured himself of a second medal Sunday by entering the men's singles ...