Chris Gayle leaves Australia to be with his ailing mother 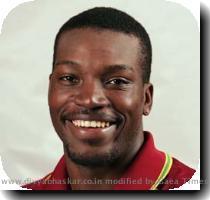 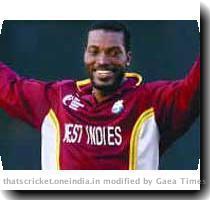 BRISBANE - West Indies captain Chris Gayle flew back home from the tour of Australia to attend to his ailing mother.

Gayle withdrew from the tour match against Queensland, which began at Allan Border Field Wednesday, just an hour before the toss after hearing the news of his mother being gravely ill and admitted to hospital in Jamaica.

Team Manager Joel Garner said that Gayle was granted time off to be with his mother.

“The management and players in the team as well as the WICB are with Chris and his family at this time. We also want to wish his mother a speedy recovery,” said Garner.

Gayle is now in serious doubt for the first Test against Australia, starting next Thursday at the Gabba, and possibly for the rest of the series.

The West Indies squad remain hopeful Gayle’s mother will make a quick recovery and the 30-year-old captain can make a return for the three-Test series.

“Of course it’s disappointing but he’s got something very important to go home to because his mother is not well,” said team-mate Ramnaresh Sarwan.

“But we’re hoping he can be back for the first Test match. He only flew back to the Caribbean today, so we will have to wait and see what happens,” he said.