Jwala Gutta In Center Of Controversy 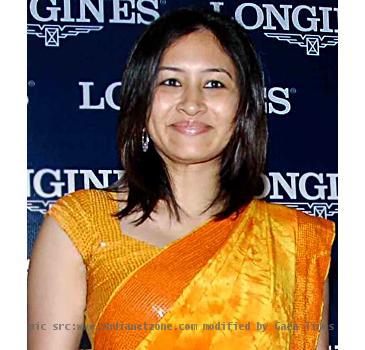 PARIS, FRANCE (GaeaTimes.com)- The World Badminton Championship in Paris will see the best badminton players from India assemble in the world’s fashion capital to prove their might. As of now a nine member badminton squad has been named who will be heading for Paris in the month of August this year. According to the latest reports, the nine players comprise of Aditi Mutatkar, Jwala Gutta, Ashwini Ponnappa, Chetan Anand, Parupalli Kashyap, Sanave Thomas, V. Diju and Rupesh Kumar, with Pullela Gopichand as the team’s chief coach. India is banking on its youngest badminton captain ever, Saina Nehwal, to inspire her team and bring home the World Championship trophy.

On the other hand, Jwala Gutta, one of the players visiting Paris next month, has been in the headlines for all the wrong reasons. It has been alleged that the 26 year old badminton doubles player is in a relationship with former Indian cricketer Mohammed Azharuddin, and the couple have been in the center of a speculation which has placed the cricketer’s marriage with Sangeeta Bijlani, a former actress in jeopardy.

While the cricketer turned politician has vehemently denied the reports of sharing a romantic relationship with Jwala Gutta, the media has not been able to record the comments of the badminton player on the allegation as of yet. If reports are to be believed, Mohammed Azharuddin was apparently considering filing divorce papers in court to end his 14 year marriage with Sangeeta Bijlani, to start on a new relationship with Jwala Gutta.

Mohammed Azharuddin, who is now an MP from Moradabad, spoke to the media saying that Jwala Gutta is only a “good friend” and that the allegations which have been made are completely baseless.