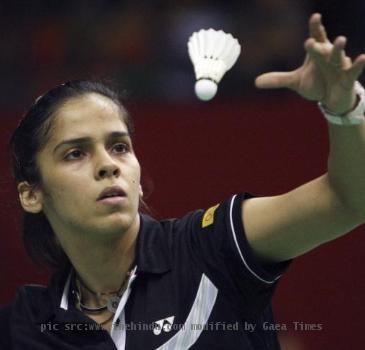 The Sunday final was a 45 minute game where Saina Nehwal defeated Sayaka Sato by a score of 21-19, 13-21, 21-11. Saina Nehwal who ranks third in the world rankings looked positive right from the start of the game and never missed out any chance to score points during Sunday’s game. Saina Nehwal slowed down with time in the decider round of the game and clinged on to small drops rather than the big lofts. As a matter of fact, Saina Nehwal’s strategy proved to be beneficial for her and took the Japanese by surprise who lost her rhythm in the mid way.

Saina Nehwal’s father Dr. Harvir Singh was all in tears after his daughter won the Indonesian Open and said that it was a “fantastic moment.” He also said that Saina Nehwal has not only made her family but also her country feel proud by her win. Pullela Gopichand who had trained the young player called the day to be a landmark in the history of Indian badminton. Speaking on the same note was Dronacharya S. M. Arif who was all praises for Saina Nehwal and called her to be the fittest and the strongest player in the women’s badminton circuit in India. He also said that this is only the beginning for Saina Nehwal and he is definite that she will fetch more titles for herself and for her country in the future.