Maurice Clarett to Join Ohio State After Release from Jail 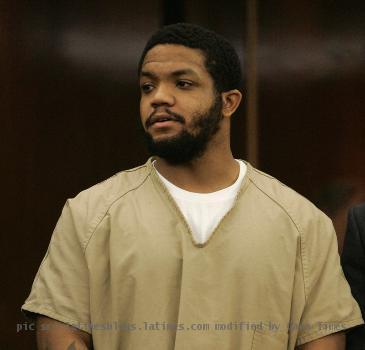 OHIO (GaeaTimes.com) — Maurice Clarett, the former American College Football Player of the Ohio State University is set to be released from prison. Best known for unsuccessfully suing NFL on their draft eligibility policy, Maurice was convicted of armed robbery.

The robbery attempt at January 1, 2006 near the nightclub Opium Lounge Danceclub was not very successful. Allegedly, he was only able to run away with a cell phone valued $150. Even then he was released on bail. On August 9, 2006 he was reportedly discovered with a loaded automatic weapon. He was later convicted for 7 and a half years in prison.

He was released in April, after his sentence got reduced to three years. On being asked what he learnt from his jail-time experience, for his parole hearing

I lacked character in the past and since I’ve been incarcerated, I’ve educated myself and learned characteristics, how to be a great father and a great individual that will contribute to society

Maurice Clarett’s re-admission into the Ohio State university is confirmed. In his blog he says he is the only one to be blamed for his problems. Maurice wants to pursue geriatrics and gerontology in future. We will keep you updated on this story as it develops.

Retired soldier buys bugle, finds it was used by his grandfather

LONDON - A 73-year-old retired British soldier bought a battered old bugle from a junk market. When ...

How much energy do we expend while walking?

WASHINGTON - Why do children tire more quickly than adults when out on a walk? Walkers use the same ...

Maurice Lucas Died at 58 due to Cancer

BRISBANE - Robin Gibb, co-founder of the Bee Gees, will continue his tour of Australia and New Zeala...

Frequency of eating candy raises cavity risk rather than the amount

WASHINGTON - A paediatric dentist in the US has suggested that it is better for kids to eat a huge a...

LONDON - Sir Michael Caine has confessed that he asked a doctor to help end his father's suffering w...