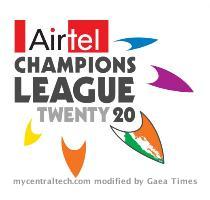 JOHANNESBURG, SOUTH AFRICA (GaeaTimes.com) The clash of the titans begins today and cricket fans across the globe can look forward to seeing their favorite domestic teams competing for the prestigious trophy of Champions League T20. Domestic teams from New Zealand, Australia, West Indies, Sri Lanka, India and England will be seen battling it out on South African soil in the tournament. For India, three teams from the IPL have been sent. Royal Challengers Bangalore, Mumbai Indians and Chennai Superkings are the three teams the Indian cricket fans can look forward to supporting in the prestigious tournament beginning today.

The Champions League T20 this year also has some exciting teams from South Africa and New Zealand who will be looking top make a mark at the international level. For the West Indies, Ramnaresh Sarwan leads the Guyana Lions which is full of exiting young cricketers who will be looking for a performance that would highlight them for the selectors of the national side. Alviro Peterson, the captain of the Highveld Lions from South Africa has revealed recently that the pressure is on Mumbai Indians in the first game of the tournament. He explained that the star studded line-up of the runners up of the IPL will make them clear favorites in the opening match. He added that his team will be able to play their natural game as they will be written off anyway.

The last edition of the Champions League T20 failed to impress the audience to a great extent. Experts feel that the reason for the failure of the tournament last year was slow and low bouncing tracks that did not allow high scores. This year, however, things are expected to get more exciting as South African pitches are known for their bounce and pace.