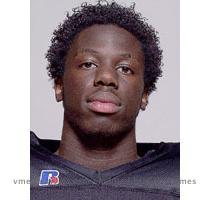 Dimitri Nance earlier this year lost a competition with running back Antone Smith for a roster spot. He was singed to the team’s practice squad on Sep 5 this year after he cleared his waiver. A former player of the Arizona State University, Dimitri Nance has rushed for 1,934 yards and gone for 19 touchdowns on 482 carries during his play with at ASU. Dimitri Nance ended his career with the Arizona Sun Devils with 63 receptions for 463 yards along with a touchdown. He was signed as an undrafted free agent by the Atlanta Falcons this summer. The 22-year-old player has the potential to emerge as a good running back according to many sports analysts.

However, few will disagree to the fact that the loss of running back Ryan Grant cannot be compensated by the inclusion of Dimitri Nance. Ryan Grant had come up with some brilliant performance last season and the Green Bay Packers were pinning their hopes on the player. Ted Thompson, the general manager of Green Bay Packers although acknowledged to media sources that the loss of Ryan Grant this season is a “big” one for the team, he added that the new players will be able “to step up and meet the challenge”.