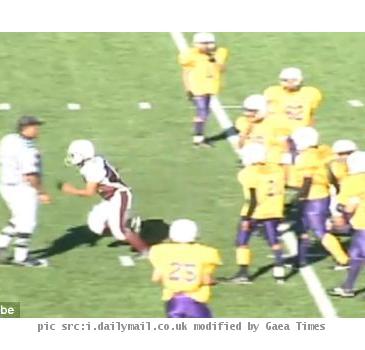 NEW YORK (GaeaTimes.com) — Over a night an amazing trick played by the quarterback for Driscoll Middle School in Corpus Christi, Texas became so popular that has made all the football fans go crazy. The video that is posted on YouTube yesterday has spread in the internet like wildfire and people just can’t stop talking about this amazing trick play from a middle school game.

All the coaches are surprised to witness such a play. In the play the quarterback for Driscoll Middle School in Corpus Christi, Texas, took the ball from his center and simply walked past the opposing team’s defenders before taking off for the endzone.

The video already received a massive traffic and applauded with nearly 1,000 comments. Scroll down to watch and witness the amazing game.