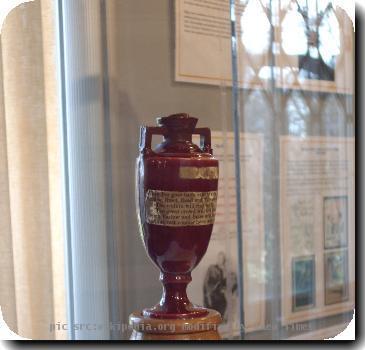 BRISBANE, AUSTRALIA (GaeaTimes.com)- Day 2 of the first Ashes 2010 test turned out to be rather dramatic for the cricket fans as England made a strong comeback into the match. After a steady and well paced start, the Australian batting began to crumble after the dismissal of Shane Watson, Ricky Ponting and Simon Katich. With both the openers back to the pavilion, the Australian middle order (Michael Hussey and Brad Haddin) were left with the difficult task of taking their team past the first innings score of 260. So far the two have managed to build a solid partnership and keep the English bowlers at bay.

On Day 1, England started off shakily after Andrew Strauss was dismissed in the first over. Alistair Cook and Ian Bell looked to steady the ship after wickets fell at regular intervals. Looking set for a 350+ total, disaster struck for England in the form of Peter Siddle who got a hat-trick and completely demolished the middle order. Reaching a satisfactory score of 260 in the first innings, England looked in a rather uncomfortable position at the end of day 1 of the Ashes 2010. The tide turned for England on the second day after James Anderson and Steven Finn removed the openers and the skipper and made the match evenly poised.

The Ashes 2010 is a crucial series for England and Australia as the both will look to build on the momentum before the ICC World Cup 2011. While England bagged the last year’s Ashes series, the battle for Australia’s pride has become even more historical as the world champions are in rebuilding stages.