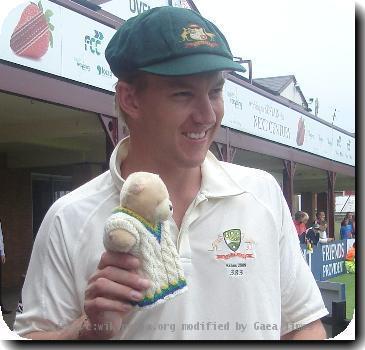 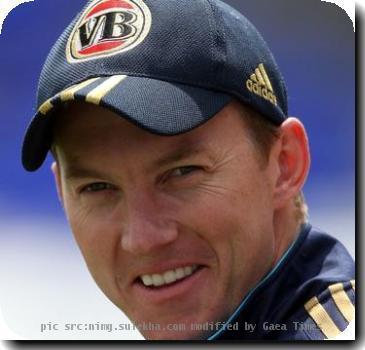 SYDNEY - Australian vice-captain Michael Clarke has said that Indian off-spinner Harbhajan (Bhajji) Singh is among the five toughest bowlers he has faced in international cricket.

Clarke described Harbhajan as a great competitor who loves playing and bowling against Australia.

“Not only does Harbhajan spin the ball a long way, he gets more bounce than any other spinner I have faced,” he added.

Clarke described Flintoff as a bowler who was really quick and possessed two great strengths-speed and accuracy.

Harmison he said was difficult to read as he released the ball from a very high point and was someone very difficult to go forward to because of the mid-to-high 140kmh speed range.

Muralitharan, he said, was simply the best spinner in the world.

Dale, he said, had a lot of similarities to Brett Lee. Great pace (in the 150kmh range) and swings the ball away from the right-hander.

His class shines, he added. (ANI)

Blacks Caps admit to being puzzled by Bhajji's 'all-rounder' riddle

HYDERABAD - Rahul Dravid Sunday gave Harbhajan Singh a lot of credit for India being in a reasonably...

Oz lacked quick as 'resourceful' as Zaheer, spinner as 'menacing' as Bhajji: Roebuck

BANGALORE - Despite a good start in the second and final cricket Test match being played at ...

Murali to play another three years

CHENNAI - Muttiah Muralitharan -- having done all the hard work and accomplished just about ever...

India doesn't deserve to be No.1 Test team: Steve Waugh

COLOMBO - The following is the scoreboard at lunch on the second day of the second cricket Test ...

COLOMBO - The following is the scoreboard at lunch on the first day of the second cricket Test m...

Much at stake for India in second Test

COLOMBO - India will have to lift their game by many notches when they take on Sri Lanka in the ...
Copyright© 2010 The Gaea Times