“Sweet Caroline” At The Fenway Park 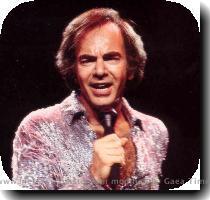 It was a great experience for one and all to have witnessed the old timer Neil Diamond still performing the oh-so-famous song with impeccable talent which only speaks of his vitality and dedication which has never failed to impress his fans. “Sweet Caroline” is one of the very best of Neil Diamond’s compositions which was first released in the year of 1969. Following that the song has undergone three different mixes.