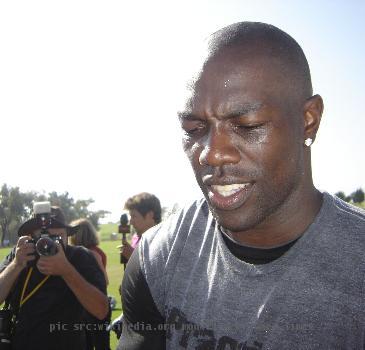 CINCINNATI (GaeaTimes.com)- As per the National Football League’s website, Cincinnati Bengals team has reached a final contract with receiver Terrell Owens. While the team is yet to make a formal announcement of the deal, reports claim that the Cincinnati Bengals have agreed to a one year, $2 million contract with the player. Some sources also add that although the player would receive $2 million from the deal, the contract will be bringing another two million dollars for the player in the form of incentives. The team is yet to announce a formal signing with Terrell Owens.

Last year in his first and only season with the Buffalo Bills, Terrell Owens had caught 55 passes for 829 years. He has to his credit five touchdowns. The fans of Cincinnati Bengals are now waiting for the official announcement as the team is expected to begin its 2010 training camp from this Thursday.

CHANDIGARH - From selling candles and fabric to teaching computers and from establishing an oversea...

Modeling not just about having a pretty face: Study

WASHINGTON - A new study uncovers the decisions that happen behind the scenes of the glossy photos a...

WASHINGTON - A team researchers, including an Indian-origin boffin, has discovered a new cellular...

Fat outside of the arteries linked to cardiovascular disease

WASHINGTON - A new research has found that fat around the outside of arteries may lead to the ...

Global warming may be impacting blooming cycle of plants

WASHINGTON - A University of Cincinnati research has shown that global warming may be impacting the ...

LOS ANGELES (GaeaTimes.com)- One more news of a hook up sprang up as it has been found that...

Honesty is the top quality voters expect in their presidential candidates

WASHINGTON - A new research has found that applying a stem cell-infused patch may result in improved...

WASHINGTON - Researchers at the University of Cincinnati have said that pleasurable activity, whethe...