Australian cyclist pulls out of CWG 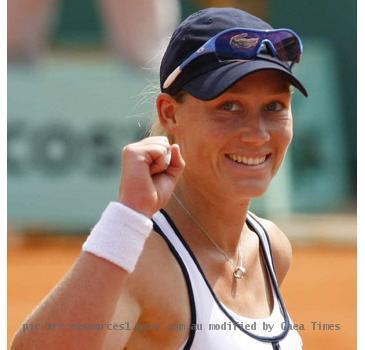 MELBOURNE - Australian cyclist Richie Porte Thursday was forced to pullout from the Commonwealth Games as his Saxo Bank team denied him clearance to compete in the Oct 3-14 Games in New Delhi.

The news emerged on the day when Porte moved up to second in the Tour of Britain.

Team orders required the 25-year-old to ride the spring classics in Italy which coincide with the Games fixture.

“Obviously it is disappointing not to ride the Commonwealth Games after being selected, but I will race the Giro Lombardia and Piermonte in support of Andy Schleck,” Porte was quoted saying by The Age.

The news came as a disappointment for Cycling Australia (CA), which saw Porte as a medal prospect. But CA national performance director Shayne Bannan had mixed feelings on his exit.

“It is disappointing for Richie and Australia but at the same time it shows his progression in world-class cycling,” he said.

“Richie has had a fantastic year, his form is really on the way up, and Saxo Bank have identified he could be a major player and want to use that to their best advantage.”

Bannan said the move was just part of international cycling. “You have to respect the decisions of teams. They are the ones paying the salaries of riders and we are fortunate to have a good relationship with most teams.”

Porte and South Australian Carly Light, another one to withdraw from the Games, will be replaced by Rohan Dennis and Vicki Whitelaw.