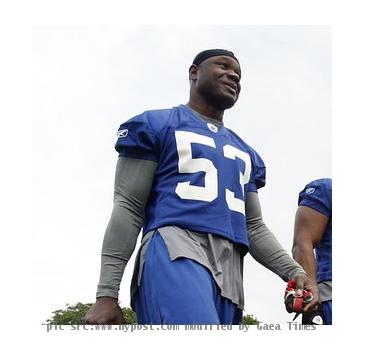 NEW YORK (GaeaTimes.com) — New York Giants will be missing its line backer Keith Bulluck to play against the Chicago Bears as Bulluck has been suffering from turf toe since a week.