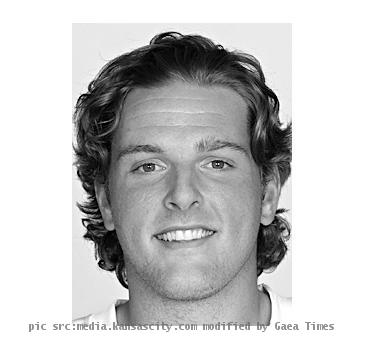 INDIANAPOLIS (GaeaTimes.com)- Indianapolis Colts punter Pat McAfee has been suspended by his team for a game due to his involvement in a public intoxication incident that was considered to be detrimental to the team, team president Bill Polian confirmed on Wednesday. The decision of the team to suspend the 23-year-old player was taken following his arrest just few hours ago by the Indianapolis Metropolitan Police after Pat McAfee took a pre-dawn swim in a city canal. Owing to the suspension, the Indianapolis Colts punter would staying out of the Monday night football game on November 1 in which the team would clash against the Houston Texans.

The fact that Pat McAfee would have to face suspension for a game was revealed by the Indianapolis Colts president on Wednesday through a statement. The statement mentioned that after evaluating all the facts related to the incident, the 23-year-old player has been suspended for a game for ‘conduct detrimental to the club.’ It has also been stated that the period of suspension would remain effective from October 25 to November 1 while adding that the team would not further comment on the matter as of now.

The incident due to which Pat McAfee had to be suspended from Indianapolis Colts for a game took place near the Broad Ripple neighborhood. After responding to a 911 emergency call and arriving on the scene, police authorities found a man, completely drenched and with no shirt on, sitting at the corner of Broad Ripple and College Avenue. The man was later identified as Pat McAfee and the authorities later revealed that there was no doubt about the fact that he was heavily drunk.