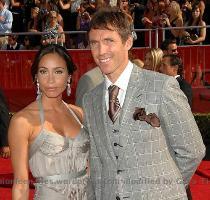 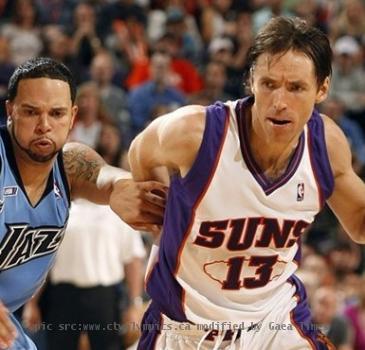 PHOENIX (GaeaTimes.com)- The weekend has been a bittersweet one for Steve Nash’s family and fans as the star has been through the highest high followed by the lowest lows. The Nash family welcomed their first son on Friday and on Saturday, Steve Nash revealed to the media that he and his wife Alejandra Nash are in the process of a divorce.

Both Alejandra Nash and Matteo Joel Nash (the baby) are doing fine, according to the reports. Born at a healthy 7 pounds and 7 ounces, Matteo Joel is the third child of Steve and Alejandra Nash. The couple also have twin daughters, 6, Bella and Nola. The Nash family is transnational and are settled in New York during the off season and stay in Phoenix when the point guard is playing the season. Alejandra Nash is originally from Paraguay. Though there are no reports that indicate the reason for the divorce between Steve Nash and his wife, the two-time MVP said in the statement that they have been living separately for months.

Steve Nash was born in Johannesburg, South Africa and also represented Canada in the Olympics. He comes from a family of athletes where his brother is also a professional soccer player. Steve Nash has asked for privacy from the media at this time which he described as ‘bittersweet’ for him and his wife.

On Friday, Steve Nash gave a stellar performance in the home match against the Sacramento Kings. Scoring 28 points, 14 assists and 7 rebounds, his performance had a lot of emotional value for the fans as later it was revealed that it was the day of birth his son, Matteo Joel Nash.

Anderson has no intention of doing a Harmy repeat at Gabba

I am not the next Shane Warne, says Doherty

MELBOURNE - Uncapped left-arm spinner Xavier Doherty, who has been included in the Australian squad ...

SYDNEY - Young all-rounder Steve Smith, who was named in the 13 man Ashes squad for the first Test, ...

MELBOURNE - New details have revealed that the pilots of the ill-fated Qantas A380 flight QF32 were ...
Copyright© 2010 The Gaea Times