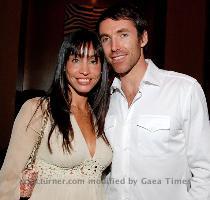 PHOENIX (GaeaTimes.com)- It looks like a bittersweet weekend for Steve Nash fans as the two-time MVP not only welcomed his first son into the family, he also announced his divorce from wife Alejandra Nash the very next day. The news came as a surprise to many as Steve Nash has been married for the last 5 years and the couple also have twin daughters aged 6. He addressed the media on Saturday and said that he and his wife will be parting ways soon. He also added that they have been living separately for months now.

Steve Nash explained that in spite of the divorce, he and his wife were focused on raising their children in the best possible way. He also requested the media to allow his family privacy at this difficult time. The Phoenix Suns’ point guard also played in the game against Sacramento Kings on Friday. The 36-year-old delivered a studding performance with 28 points, 14 assists and 7 rebounds. Reports indicate that both Alejandra Nash and the baby are doing fine. Steve Nash said that he and his wife would try their best to help the children adjust to the changes in the family. He also requested privacy from the media on the matter.

Steve Nash chose to keep the matter private on Friday as well. In spite of the Suns’ officials being aware of Alejandra Nash delivering a baby boy, the TV and Radio broadcasters were asked not to mention the news at the time of the game. Steve Nash, reportedly, left the locker room before the media were allowed in.

PHOENIX (GaeaTimes.com)- The weekend has been a bittersweet one for Steve Nash's family ...

PHOENIX (GaeaTimes.com)- It looks like a bittersweet weekend for Steve Nash fans as the two-ti...

Bhupathi-Mirnyi go down fighting to Murrays in Valencia

VALENCIA - India's Mahesh Bhupathi and Max Mirnyi of Belarus fought hard but could not stop Scots An...

Running with bulls, lighting their horns approved in Spanish region that banned bullfighting

Spaniards who banned bullfights OK flaming hornsMADRID — Run with the bulls, let them tumble into ...

Spanish bill: Thou shalt not kill bulls, but attaching burning poles to their horns is OK

LOS ANGELES (GaeaTimes.com) -- Jessica Scheel was one of the Top 10 Contestants at the Miss Univ...

America the Tolerant: NYC mosque dispute prompts reflection on a notion as old as the republic

Mosque flap tests limits of US tolerance The word tolerance comes from the Latin ...

LONDON - Flexible felines and contorted canines are among the stars of the Yoga Puppies and Yoga Kit...

Animals do yoga for calendar shoot

LONDON - Puppies and kittens have performed yoga for a calendar shoot in the US. The kittens an...
Copyright© 2010 The Gaea Times