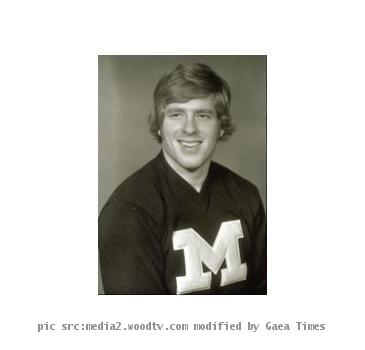 ANN ARBOR (GaeaTimes.com)- Rob Lytle, who played both for Michigan Wolverines and Denver Broncos passed away on Sunday at Fremont Memorial Hospital. The hospital spokeswoman Chasity O’Neill announced the news to the media and said that the footballer was admitted to the hospital on Saturday after suffering a heart attack. Rob Lytle is survived by his wife, Tracy Lytle, his son Kelly Lytle, his daughter Erin Lytle Tober, his granddaughter Audrey and his father William Lytle. The player was 56 years old.

The sudden demise of the veteran footballer has brought in a wave of sorrow to the whole football fraternity. Condolences are pouring in from all corners of both the teams as the coaches, associates and his teammates are all shocked to hear the news. Rob Lytle’s former Michigan Wolverines teammate Rick Leach said that he knew that Rob Lytle has some issues with “stroke” much before but he is not sure if the cause of death is related to his “stroke”. He said that Rob Lytle was a special person who was like a mentor to him. Rick Leach said that Rob Lytle was one of the “toughest guys” he has ever played with and the player made an ultimate sacrifice for the team by playing “fullback at times”.

Dave Brandon, the athletic director of Michigan Wolverines said that when he heard the news of Rob Lytle’s death, he was sickened by it as it was unbelievable. He said that it was a sad day as the team has lost an important person who was great example of “Michigan man”. Rob Lytle’s family has not announced anything about the funeral arrangement yet.