Doug Bollinger Recalled Into Side 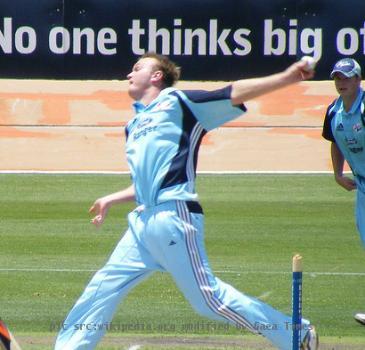 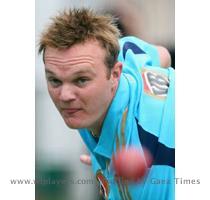 ADELAIDE (GaeaTimes.com)- Mitchell Johnson’s lack of form has prompted the Australian selectors to make an immediate change in the bowling line-up considering that the pressure on Ricky Ponting’s side has been immense after the first test ended in a draw. Mitchell Johnson went wicket-less and the English batsmen seemed to have absolutely no problems figuring out his over-pitched harmless deliveries. Doug Bollinger who gave a stellar performance in his domestic game for New South Wales, became the ultimate choice for the spot and it looks like the pace combination of Ryan Harris, Doug Bollinger and Peter Siddle have garnered some big hopes from the Australian fans.

Many fans had expressed shock at the news of Doug Bollinger not being named in the Ashes squad and thus the fans feel that it is his chance of redemption. For Ryan Harris too, it could be the best chance to prove himself worthy of being an opening bowler. While Mitchell Johnson was handy with the bat as well, Doug Bollinger is an out and out fast bowler.

Over the years, Doug Bollinger has also been in and out of the side for his injuries. Fans are hoping that he performs a miracle in the second test similar to Peter Siddle’s first test hat-trick and give Australia the much needed advantage in the second test. On Day 1, Australia were seen struggling after James Anderson tore through the batting order and bundled out the home-side for 245. Doug Bollinger and the rest of the Australian attack have the greatest chance of establishing themselves in the side, if Australia get off to a good start on Day 2.

SYDNEY - England fast bowler Stuart Broad has admitted that being hit for six sixes in an over by In...

LONDON - A pair of conjoined twins has amazed doctors to no end - the two children, who share a brai...

SYDNEY - Australian cricket captain Ricky Ponting would need to be mindful of not repeating hi...

WASHINGTON - US President Barack Obama is likely to make his clearest acknowledgement so far at a s...

SYDNEY - England start the Ashes series as favourites, but would have to be careful, as Austra...