Saina Nehwal Secured her No. 2 Rankings 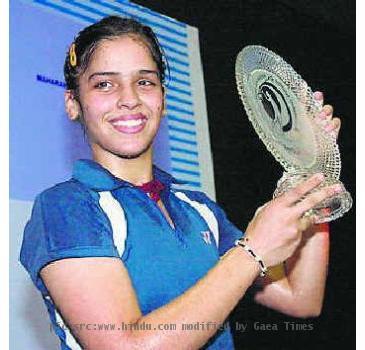 NEW DELHI, INDIA (GaeaTimes.com) — India ace shuttler Saina Nehwal has managed to secure her World No. 2 ranking again in the latest rankings released by the Badminton World Federation on Thursday.

Following her Hong Kong Super Series win Saina has reached her highest ranking ever, she was No 2 in July.

However, the Hyderabadi will in all probability go down a few rungs as she’s not playing any tournament for the next 4 weeks. Nevertheless, it’s been a great year for her with 3 Super Series wins and a gold at the Commonwealth Games as well.