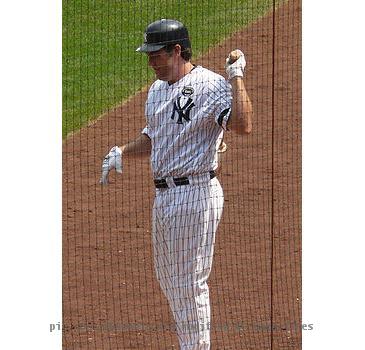 ST. LOUIS (GaeaTimes.com)- Five-time All-Star Lance Berkman signed an $8 million contract with the St. Louis Cardinals on Saturday which would be valid for a period of one year. Despite the fact that the 34-year-old former New York Yankees player has made his presence felt at the first base for the last few seasons, in his new team, Lance Berkman would be shifted to the outfield, sources in the team have divulged. However, the much acclaimed player is likely to play at the first base when the MVP candidate Albert Pujols is given off days.

The fact that Lance Berkman would be playing for the St. Louis Cardinals in the upcoming season was confirmed on Saturday through a statement that was issued by the team’s general manager John Mozeliak who had nothing but words of appreciation for the five-time All-Star player. Describing Lance Berkman as a ‘winning player,’ the St. Louis Cardinals general manager reiterated that the former Houston Astros player would be successful in bringing a large amount of experience, leadership as well as respect to the clubhouse. At the same time, John Mozeliak also went on to say that St. Louis Cardinals was just the team where the 34-year-old player wished to play more so, as he had greater financial opportunity out there.

The last season, Lance Berkman played for the Houston Astros at the first base until he signed a deal with the New York Yankees where the player was used as a designated hitter in most of the games. In the 122 combined games that he played last season, the 34-year-old player struggled with .248 with 14 homers as well as 58 RBIs.

LONDON - A British paratrooper who lost both legs and an arm fighting the Taliban in Afghanistan, wi...

Armstrong to end international career Down Under

LONDON - A paranormal expert in Britain has claimed that ghosts are trying to contact the living...

BARAMULLA - Three army personnel, including a captain, who had laid an ambush near the LoC were kill...

US troops 'fighting ghosts' in guerrilla war with Taleban

NEW DELHI - England qualified for the semi-finals with a 2-1 win over South Africa in the men's hock...
Copyright© 2010 The Gaea Times