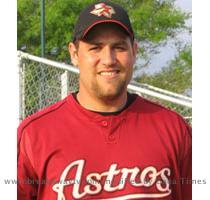 NEW YORK (GaeaTimes.com)- At the age of 34 and recording a career low last season, Lance Berkman still has got something that is driving the New York Yankees to go for him. As per reports, the New York Yankees have agreed to a trade with the Houston Astros under which they would acquire switch-hitter Lance Berkman and a cash of around $4 million. The Houston Astros on the other hand will be gaining infield prospect Jimmy Paredes and pitching prospect Mark Melancon. The deal is yet to be announced officially.

The deal was not announced officially on Friday as switch-hitting first baseman Lance Berkman falls under 10-and-5 trade veto rights. Under such veto right, the player can only be traded 24 hours after his agreeing to the deal. Lance Berkman has 10 years of Major League Baseball service and five years with the same team which he waived on Friday to go for the New York Yankees. Lance Berkman waived his no-trade rights to join the New York Yankees around 3 p.m. on Friday and accordingly the trade can only be finalized on Saturday after 3 p.m. Lance Berkman had earlier reportedly informed the Houston Astros that he would not accept a deal to four teams that included the Chicago White Sox.

Lance Berkman is owed $7.5 million, and has a $15 million worth mutual option in 2011. The player accepted the trade with the New York Yankees only with a condition that the mutual option would not be picked up. Lance Berkman on Friday hugged his Houston Astros teammates before joining the New York Yankees. The player also added that he a “little nervous” and a “little apprehensive” about the whole thing.

LONDON - A British paratrooper who lost both legs and an arm fighting the Taliban in Afghanistan, wi...

Armstrong to end international career Down Under

LONDON - A paranormal expert in Britain has claimed that ghosts are trying to contact the living...

BARAMULLA - Three army personnel, including a captain, who had laid an ambush near the LoC were kill...

US troops 'fighting ghosts' in guerrilla war with Taleban

NEW DELHI - England qualified for the semi-finals with a 2-1 win over South Africa in the men's hock...
Copyright© 2010 The Gaea Times