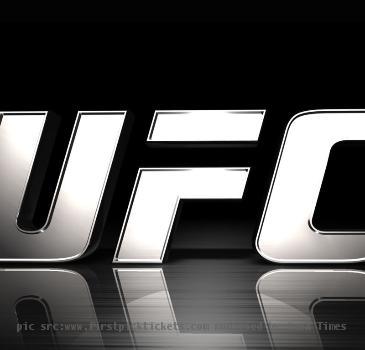 LAS VEGAS (GaeaTimes.com)- The Ultimate Fighter Finale 12 neither disappointed its audience who were present at the Palm Casino Resort In Nevada nor the viewers who were watching it on Spike TV. The show provided the fight fans plenty of actions, drama and also innovative mix martial techniques. The Main Card events consisted of Featherweight bout, Welterweight bout, Middleweight bout, Light Heavyweight bout and Lightweight bout. Much anticipated fight between Jonathan Brookins and Michael Johnson turned out to be a total success and in the end the former defeated the later via unanimous decision.

The Ultimate Fighter Finale 12 had one of the most controversial fights and it was between Nam Phan and Leonard Garcia. The match was quite interesting as both the players were fighting till the end to win the coveted championship belt. Leonardo Garcia defeated Nam Phan via split decision. However, this decision by the judges created lot of controversies as the audience vehemently opposed the whole match and said that Nam Ohan deserved to win the fight. Even the commentators of the fight, Mike Goldberg and Joe Rogan also criticized the whole bout and the result. However, this match was given Bonus Award and called as the Fight of the Night. Pablo Garza won the award for Knockout of the Night and Cody McKenzie was given Submission of the Night Bonus Award.

The Preliminary card of Ultimate Fighter Finale 12 also had some interesting matches. Rich Attonito vs. Dave Branch’s Middleweight bout turned out to be a total entertainment for the audience as the latter completely thrashed the former via unanimous decisions. Kyle Watson defeated Sako Chivitchian via unanimous decision (30-27, 30-27, 29-28) in the Lightweight bout. All the fights were aired on Spike TV.

LONDON - A German couple have landed in legal trouble after their bed made too much noise while they...

26/11 attack perpetrators should be brought to justice: UK defence Secretary

NEW DELHI - Britain's Defence Secretary Liam Fox has said that the perpetrators of the 2008 Mumbai t...

Maingear has now unveiled its curtain to mid range PC gamers with the Alt-15 and Alt-17. Just a ...

OP-ED by Vice President Joe Biden in the New York Times: "What we must do for Iraq now"

26/11 perpetrators should be brought to justice: British minister

OP-ED by Vice President Jow Biden in the New York Times: "What we must do for Iraq now"