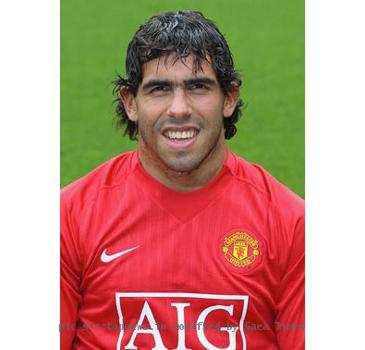 NEW YORK (GaeaTimes.com) — Manchester United is glad to get back Argentina striker Carlos Tevez, who has withdrawn transfer request from the club.

Earlier this month, the 26-year-old Argentine said he wanted to leave the club which he joined July 2009 but the club rejected his transfer request and suggested that they were disappointed for their highest-paid player whose contract with them runs to July 2014. He also revealed that he is having unfriendly relationships with some executives of the club.

Roberto Mancini is looking to the future with confidence after Carlos Tevez withdrew his transfer request. With his 10 goals already this season, Tevez has become a key figure in City’s challenge for silverware.

LONDON - Chelsea boss Carlo Ancelotti has said that he is not going to replace Didier Drogba by ...

Tevez still dreams of Rooney joining him at Man City

LONDON - Manchester City captain Carlos Tevez has said that he would have loved to see Manchester...

LONDON - One fixture that stands out above all others in this week's midweek Premier League programm...

LONDON - Manchester City's away loss to Lech Poznan in the Europa League has increased pressure on u...

'Homesick' Tevez 'could give up everything' to return to Argentina

LONDON - Manchester City striker Carlos Tevez is homesick and wants to return to Argentina, a cl...