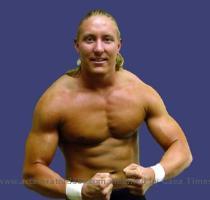 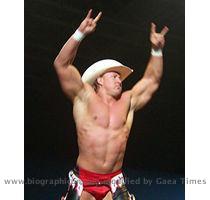 SAN ANTONIO (GaeaTimes.com)- Former World Wrestling Entertainment wrestler Lance Cade whose real name was Lance McNaught died on Thursday night reportedly from what is being primarily believed to be a heart failure. The 29-year-old wrestler breathed his last at his father’s place at San Antonio. The World Wrestling Entertainment Company mentioned on its official website that it was informed of the death of Lance Cade on Friday morning by the father of the late wrestler, Harley McNaught. The cause of the death of Lance Cade is yet to be announced officially as the autopsy report of the player is still pending.

In the official statement released by the World Wrestling Entertainment on Friday, the company extended its prayer and condolence to the family of Lance Cade that has suffered a terrible shock. The statement mentioned that “WWE extends its deepest condolences to the McNaught family”. It remembered the on-and-off tenure of the wrestler with the WWE. Apart from the company, there were many other star wrestlers who sent individual condolence and tribute messages to the late wrestler. Legendary Mick Foley said that he felt sorry to hear the sad demise of Lance McNaught who was only 29 years old. Mick Foley maintained that he had no idea that the former WWE wrestler was so young adding that his “thoughts go out to his [Lance McNaught] family”. WWE star Matt Hardy also reiterated the same thoughts and extended his condolences to the children of Lance McNaught.

Lance Cade was signed by the World Wrestling entertainment in 2000. During his tenure he teamed with Trevor Murdoch and Chris Jericho’s protege. He was released from the contract in 2008. Although he came up with some good team performances, he failed to shine as an individual fighter.