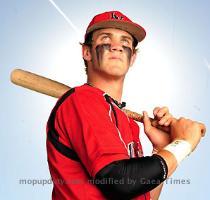 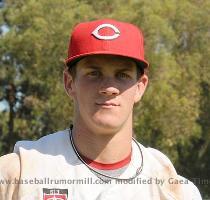 WASHINGTON (GaeaTimes.com)- Bryce Harper is a brand that sells for millions and the 17-year-old player’s agent Scott Boras has proved it by entering into a five years, $9.9 million contract with the Washington Nationals just minutes before the deadline of the Monday midnight set for the Major League baseball. The Washington Nationals announced that they have once again been able to get the No.1 overall pick in the First-Year Player Draft into the team by reaching an agreement with outfielder Bryce Harper. As per media sources, the five years, $9.9 million contract includes a $6.25 signing bonus.

Although the Washington Nationals’ General Manager Mike Rizzo and Team President Stan Kasten were confident early on Monday, the situation got tensed as hours passed. An hour before midnight, a team source mentioned that the team president and the general manager were not confident about the deal with Bryce Harper. It was just at the last minute before midnight that both the parties came to an agreement. Mike Rizzo said, “Suffice it to say, both sides gave up ground at the last second to get the deal done”.

Bryce Harper’s deal has created a record for a non-pitcher who has been signed out of a draft before becoming a free agent. However, there is no doubt about the fact that the money is worth spending keeping in mind the career-graph of Bryce Harper. The 6-foot-3, 205-pound Bryce Harper has hit .443 with 31 homers and 98 RBIS in his first season at the College of Southern Nevada. Bryce Harper gave a miss to his final two years in high school to get GED and enter into the 2010 amateur draft. In Washington Nationals, Bryce Harper will be needed to show is skills as an outfielder.