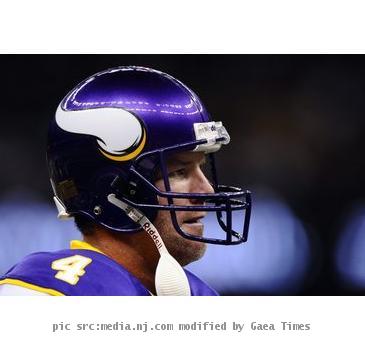 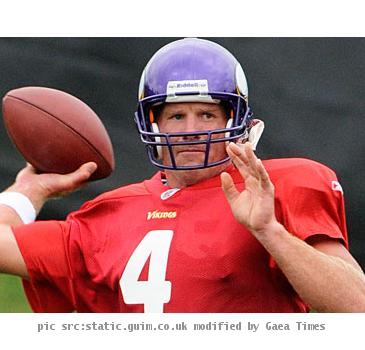 MINNEAPOLIS (GaeaTimes.com)- The National Football League is looking into the controversy surrounding Minnesota Vikings quarterback Brett Favre and former New York Jets sideline reporter Jenn Sterger, NFL commissioner Roger Goodell said on Sunday. As the star quarterback celebrated his 41st birthday, he found himself amidst a shocking scandal that was sparked by a sports website on Thursday which claimed that Brett Favre had sent some inappropriate text messages as well as photos to former New York Jets employee when he played for the team for a season.

NFL commissioner Roger Goodell told reporters on Sunday during the Chargers-Raiders game that was held in Oakland that the matter was being looked into by the NFL to make sure that all the facts pertaining to the Brett Favre scandal are well understood. The investigation that has been launched is going to probe whether the Minnesota Vikings quarterback is indeed guilty of violating the personal conduct policy of the National Football League. It has been reported that the NFL intends to put the probe on a fast track although any specific time period for the investigation has not been mentioned till now. At the same time, information about whether Jenn Sterger is cooperating with the officials of NFL regarding the scandal continues to remain sketchy.

According to reports, Brett Favre is indeed found to be guilty of the serious allegations that have been leveled against him, he might face severe punishment from NFL. However, NFL commissioner Roger Goodell emphasized that before drawing any conclusions, it is important to complete the probe into the scandal.