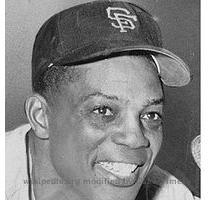 SAN FRANCISCO (GaeaTimes.com)- Hall of Famer Willie Mays was announced as one of the former San Francisco Giants player who would be attending the opening ceremony of the World Series at the AT&T Park in San Francisco on Wednesday night. However, to the utter disappointment of all his fans, the celebrated former baseball star could not participate in last night’s World Series opener due to health concerns. The anticipation among the die-hard San Francisco Giants fans was running extremely high since the team announced earlier on Wednesday that six Hall of Famers associated with the team would be taking part in the opening ceremony by throwing the ceremonial first pitches. Although the rest of the five former players were able to participate in the World Series opener, Willie Maya unfortunately could not grace the event.

The large number of crowd gathered at San Francisco’s AT&T Park gave a thundering applause when former players Juan Marichal, Orlando Cepeda, Gaylord Perry, Monte Irvin as well as Willie McCovey went on to deliver the ceremonial pitches prior to the Game 1 of the World Series in which the San Francisco Giants clashed against the Texas Rangers. However, everyone surely missed 79-year-old Willie Mays who could have indeed added a special touch to the opening ceremony with his presence.

Like every previous years, even this year’s World Series has a lot in store for all the ardent baseball followers who eagerly wait the entire year for this championship. If Willie Mays’ inability to participate in the opening ceremony has left you disappointed then wait for the Game 2 of the series when Bobby Thomson’s daughters, Megan Armstrong and Nancy Mitchell would be throwing the ceremonial pitch.