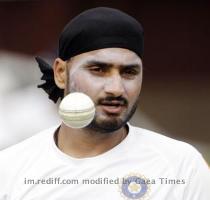 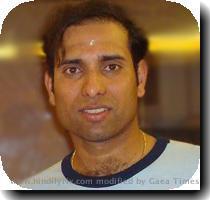 AHMEDABAD, INDIA (GaeaTimes.com)- VVS Laxman has yet again turned out to be the savior for India in the second innings as he has built a steady partnership with Harbhajan Singh that could save the test for India. After Chris Martin’s heroics on the fourth day it looked like India were headed for a shocking defeat against the Kiwis. Coming into Day 5 with just more than a hundred lead and 6 wickets down, India looked almost out of the match. VVS Laxman and Harbhajan Singh, however ensured that no further damage is done till lunch on the penultimate day. With both posting 50s and playing at a healthy pace, it looks like the veteran batsman and the all rounder have ensured that New Zealand do not taste blood in the very first game of their tour.

Chris Martin who almost broke India’s back in the third innings, lacked the pinch on the next day and adding to the woes of his side Jesse Ryder and Hamish Bennett both sustained injuries that forbid them for bowling. Ross Taylor and Brendon McCullum have been contributing with their spells but it is unlikely that the part timers will be making much of a difference to the set Indian batsmen. Similar to his knock in the first innings, Harbhajan Singh took time to settle down at first and played with little risk. However, once past his half-century, the Turbanator raised the ante and started to take the attack to the New Zealand bowlers.

Though most bets are on a draw, the 1st test might still have some more twists in store for the fans. India will also take heart from the stats that indicate that no team chasing in the final innings in Ahmadabad and they hope that they will retain the record against New Zealand.