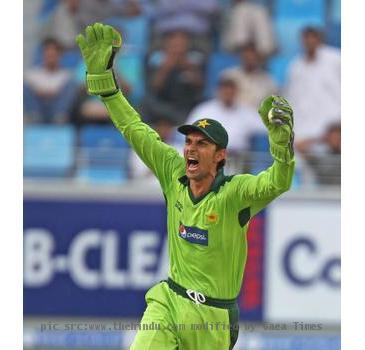 DUBAI, UAE (GaeaTimes.com)- Pakistani wicketkeeper Zulqarnain Haider is hitting headlines lately after reports suggest that the player has gone missing ahead of the fifth One-Day International against South Africa. The news that the whereabouts of the 24-year-old Pakistani player remain unknown was confirmed by Intikhab Alam, the manager of the team. The disappearance of Zulqarnain Haider is the latest controversy to hit the Pakistani cricket fraternity which has been in the limelight for all the wrong reasons lately.

According to reports, Zulqarnain Haider, who played a pivotal role in ensuring his team’s victory in the fourth ODI against South Africa, was receiving threatening calls supposedly owing to his stellar performance that led to Pakistan’s win. While talking to journalists on Monday, team manager Intikhab Alam said that at this moment he would not be able to provide details about the incident but reiterated that the Pakistani wicketkeeper has gone missing. In the meanwhile, Pakistani news sources have also reported that Zulqarnain Haider has been missing from his hotel and the 24-year-old player did not travel with his teammates to the Dubai International Cricket Ground which Pakistan is scheduled to play the fifth ODI against South Africa on Monday.

The mystery surrounding the disappearance of Zulqarnain Haider has been fueled after a post on the Facebook profile of the player read that he was leaving Pakistan due to a “bad msg fr 1 man fr lose the match” in the final game. The Pakistani wicketkeeper was last seen at around 6 in the morning leaving his hotel in Dubai and since then his whereabouts have remained unknown.