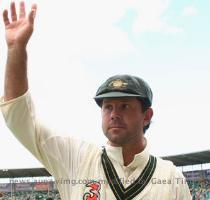 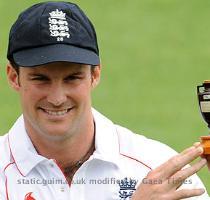 BRISBANE, AUSTRALIA (GaeaTimes.com)- The first test between England and Australia ended in a draw but both teams will have a lot of positives to take from the match that turned out to be a roller coaster ride for the cricket fans. While Alistair Cook turned out to be the rescuer for England after Australia posted a 221 run lead in the first inning, the match looked in favor of England at one point on Day 5. Ricky Ponting stood up to his role as the captain on the penultimate day and made sure that the rest of Australian innings went smoothly till the end of the match.

Finishing at 107/1 at the end of the day’s play, Ricky Ponting played some cracking shots for his knock of 51* which came off just 43 balls. He belted 4 fours and 1 six in the knock that appeared like some of his best in ODIs. Australian fans will hope that the captain continues the good form till the next match. The highlight of the final day was, however, England’s Alistair Cook assisted by Andrew Strauss and later Jonathan Trott. Alistair Cook crafted an innings at a time when his side was staring at a trail-by of more than 200. In spite of the huge pressure on the batsmen, the openers played their natural game and soon converted the trail-by into a significant lead. With Jonathan Trott (135*) going with the same flow as the openers, all chances of an English defeat were ruled out.

Earlier on the first Ashes test, it looked like England will have a tough hurdle to cross the last two days. For Australia the positives to take from the match was the performance by Peter Siddle in the first innings and the tons by Michael Hussey and Brad Haddin.

Teachers in UK to bring back traditional reading tests

LONDON - Teachers in Britain are to bring back traditional forms of reading tests after one year of ...

LONDON - A 20-year-old Brit model has given up her glittering career to fight Taliban in Afghanista...

'I want to leave a great legacy for Australian cricket,' says Ponting

BRISBANE - Australian cricket captain Ricky Ponting has said that he is concerned and worried about...

LONDON/BRISBANE - If England refuses to be daunted by life at the Gabba and avoids a meltdown like t...
Copyright© 2010 The Gaea Times