Greg Davis To Be Replaced? 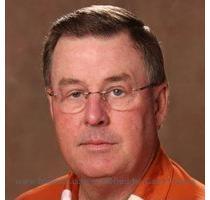 AUSTIN (GaeaTimes.com) The latest buzz doing the rounds in the football camp is that of Greg Davis‘ dismissal from the Texas Longhorns. Rumors are flying that the long time defensive co-ordinator has been fired from the team by head coach Mack Brown. However, there has been no official confirmation from the team’s side as a result of which numerous speculations are going on in the football circles.

Right now the big question popping in everybody’s mind is that will Mack Brown bid adieu to his companion of sixteen long years. According to sources, this time the team has made a resolution to remain strict on their decision. An insider of the Texas Longhorns has said that the decisions taken this time are unlikely to be revised later as the authorities are concerned about the performance of the team. Greg Davis might become a scape goat as a result of the team’s unfavorable season, sources have hinted.

The last time Greg Davis had landed himself in such a situation was way back in 1993 when he was almost at the verge of expulsion. However, at that time he got lucky and had managed to save his skin. Greg Davis on the other side also did not leave any stone unturned to point fingers towards Mack Brown saying that the head coach had only built a program till now and not a team. He went on to add that there have been quite a few mistakes on the part of the Texas Longhorns which will be rectified with the onset of the off -season.

WASHINGTON - Scientists have discovered that some species of snake can stay airborne for up to 79 fe...

LONDON - Emma Thompson, who was criticised for her plans to take her 10-year-old daughter Gaia out o...

Saker's loyalty for Ashes with England despite Oz connection

SYDNEY - Australian David Saker, who has just passed six months as England's bowling coach, has made...

LOS ANGELES (GaeaTimes.com)- "The Chronicles of Narnia" is all set to hit silver screen in Decem...