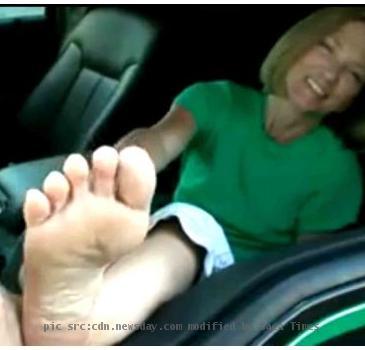 NEW YORK (GaeaTimes.com)- The New York Jets is facing one trouble after another this year involving the players and coaches. The latest controversy that has hit the team involves the wife of coach Rex Ryan, namely Michelle Ryan. A number of videos have hit the web which show the woman who is either his wife or a lookalike showing off the feet in a titillating way. The team management is uneasy about the issue and the coach himself has refused to elaborate on the foot video issue citing privacy reasons. In one such video the person who shoots the footage pays compliment to the woman. The coach is not willing to divulge the details and said to a media entity “I understand I’m going to get asked this question frontways. sideways, backways and all this, but it’s a personal matter.”

Rex Ryan talked his the players in the Jets team about the issue so that they know what to answer if they face the same question from the media. The players told that the coach informed them that they may face the issue but it is something private to him and that should be respected. A NFL representative named Greg Aiello ruled out the possibility of the coach facing actions over the foot video controversy. He said that Rex Ryan has not breached any NFL personal conduct policy at all.

The New York Jets management has stood by the coach and said that Rex Ryan will get their support over the foot video issue. Even the players seem to be on his side. One of them said what the coach does with his wife should be left to them.

T Rex was able to outpace any prey due to its strong tail: Study

LONDON - A new research has concluded that apart from being the largest predator ever to wa...

T. rex's powerful long tail was its key to speed and hunting prowess

WASHINGTON - A graduate student at the University of Alberta has found that Tyrannosaurus rex's powe...

WASHINGTON - The central US state of Oklahoma has approved a ballot measure restricting judges from ...

WASHINGTON - The central US state of Oklahoma is to become the first state in the US to ban Islamic ...

Post quarterback Donovan McNabb being benched by Mike Shanahan owing to the the feeling that his...

Tyrannosaurus Rex was a cannibal

NEW HAVEN - Tyrannosaurus Rex was one of the largest terrestrial carnivores of all time and had few ...

LONDON - Prince Harry's helicopter instructor, an army major, has been arrested over claims he is a ...
Copyright© 2010 The Gaea Times