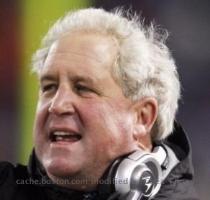 DENVER (GaeaTimes.com)- The search for the new head coach of the Denver Broncos has finally come to an end after the team on Thursday announced that they have chosen John Fox as their new head coach. John Fox who recently left the Carolina Panthers after the team refused to renew his contract following an unimpressive NFL career this season, did not have to wait much long for his new appointment.

Both the coach and the team sounded pleased about the new developments. John Fox said that he is happy to be with the Denver Broncos who is known for its winning streak but which due to some reason has taken a set back in recent times. John Elway, the chief football executive of the Denver Broncos also claimed that he was pleased to have someone like John Fox as their head coach for the man is well known for his leadership and dynamic qualities. With the Broncos’ poor state of performance lately, new coach John Fox has a big task lined up ahead of him.

A pill to erase painful memories in offing

LONDON - Scientists in the US believe they may be able to help people erase painful memories with th...

WASHINGTON - A simple diagnostic tool has been developed by Boston University researchers to qu...

LONDON - A female teaching assistant has been jailed for 16 months after she had sex with two male p...

Elderly people can improve their vision with perceptual training

Supermodel image has faded over the years, say models

NEW DELHI - There was time when people would swoon over ramp models, but over the years the magic se...

Album signed by John Lennon for his killer for sale

NEW YORK - An album that John Lennon signed for his killer David Chapman hours before he killed the ...

LONDON - Scottish scientists have found the causes of serious conditions such as heart disease and h...