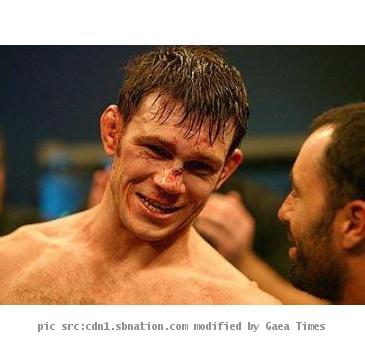 Forrest Griffin dominated the ring from the beginning and he controlled his opponent with severe kicks and punches. In the second round, the winner managed to get another takedown by just dragging Rich Franklin from behind while getting his body locked on. However, Rich Franklin managed to fight back and stand up again. In the third round, however, the former middleweight champion of UFC gave Forrest Griffin a tough fight but in the end, he had to surrender himself to the winner. After the match, when a reputed media outlet asked the winner how it feels to be back in the ring again, Forrest Griffin readily answered that the feeling was ‘rusty!’ The winner also added that it feels great to be back and fight UFC 126.

HATTIESBURG (GaeaTimes.com)- The popular nightclub of Remington's Hunt Club in the city of Hatti...

Brit teacher to marry pupil he met when she was 16

LONDON - A 47-year-old UK teacher, who made headlines for having an affair with his teenage pupil, i...

LONDON - Triple amputee Mark Ormrod says he has 'achieved the impossible' - by completing a 3,530-mi...

SAP has decided at the last moment that it will not contest Oracle's claim about the copyright infr...

LONDON - A female prison officer in Britain has quit her post after she allegedly had sex with a...

WELLINGTON - A 12-year-old boy in New Zealand shot dead his 11-year-old friend after an argument, a ...

Users are More Prone to Smartphone than Computer or TVs

The following story is an excerpt published by Our Mobile Lives, CNN series.Â  According to the s...

MELBOURNE - Pacer Brett Lee made an impressive comeback from his long injury on Sunday as his tight ...

NEW DELHI - The following are results on the seventh day of the Commonwealth Games here Saturday. ...