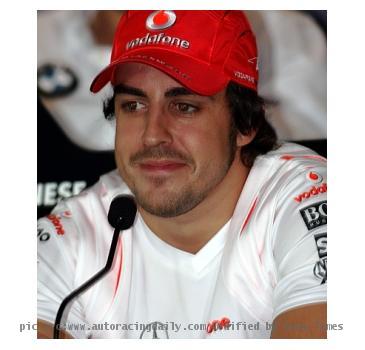 HOCKENHEIM, GERMANY (GaeaTimes.com) — When Fernando Alonso won his 23rd career victory at the German Grand Prix 2010 it was not usual. The official result may declare that he had won comfortably. Reports suggest otherwise, Fellipe Massa his team mate was leading till the 49 th lap. But just then Massa was effectively asked to move aside.
A radio message to Massa effectively asked him to let Alonso win the event. This scandal has scarred Ferrari’s reputation as a leading motorsport team. Ferrari officials appeared before the World Motor Sport Council to address the situation. They were fined for the breach of F1 regulations.
A disappointed Fellipe Massa later retorted

Well, I cannot say that I’m there fighting for first position in the championship,I’ve lost many points, important points, and the only thing I can say is that I know what I can do, I can win races, that’s what counts and everybody saw today that I can win races and I can be competitive.

He also alleged that such incidents were common in his career. He also blamed his disappointing year on the harder Bridgestone tyre. Following the race Lewis Hamilton leads the standings with 157 points in 11 of 19 races, Alonso has 123 points for his fifth place. The next event in the F1 Grand-Prix is in Budapest.
Filed under: Featured Article, Motor Racing