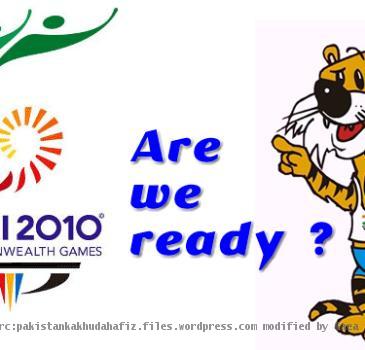 DELHI, INDIA (GaeaTimes.com)- After facing flak from the participating countries the Delhi Government and the organizing committee of the Commonwealth Games have geared up to put things in order before the prestigious event starts at the capital. The foot bridge that had collapsed a few days earlier outside the Jawaharlal Nehru stadium has been rebuilt by the army as the latest reports suggest. The collapse of the bridge was a big embarrassment for the country and it had left the government red faced. However the engineers of the army succeeded in restoring the bridge in only 4 days which is indeed astonishing.

The army engineers began setting up the bridge on Saturday. However, the athletes village is still not ready. A few days back the shoddy conditions in the village prompted many participating countries to issue pull out threat which caused major embarrassment for the government. Only 4 days are left but some of the flats inside the village are yet in shabby conditions, as suggested by latest inputs. On Wednesday Shiela Dixit the CM of Delhi went to see the condition of the Commonwealth Games villages and said that the places are almost ready though plumbing work is yet to be finished.

Commonwealth Games villages are being readied on a war footing. To monitor and speed up the cleaning work, 70 housekeeping staffs from the Maurya Sheraton, ITDC and the TAJ Group of Hotels have been roped in. The next 48 hours are crucial and the Delhi CM did not commit any deadline. The shoddy state of these flats have made the administration red faced. The company EMAR MGF which was assigned the task of building thee flats are being blamed by all now.