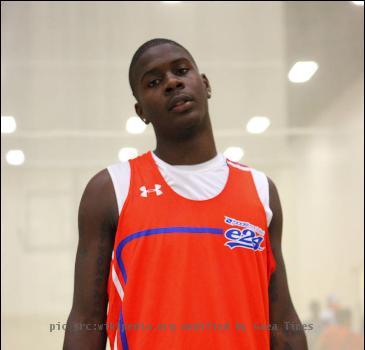 LAWRENCE (GaeaTimes.com)- Josh Selby is surely a happy man now after NCAA passed the permission for him to play his first college game. He will be playing it on December 18 against Southern California at Allen Fieldhouse.

The No.1 ranked recruit of the nation has been receiving numerous congratulatory notes ever since this news came up. University of Kansas coach Bill Self was very much elated on hearing the news of the young basket ball player’s selection. However, from the side of his coach, the message came up in a slightly unusual tone when he said that keeping in mind that Josh Selby is a fresh player, he has his expectations from him. He further went on to say that Josh Selby’s career has just begun, where things will not be very easy for him. A source claimed that the Kansas Jayhawks coach was seen warning the player that he will encounter good moments, accompanying which there will also be tough times which he will have to over come by making the best use of his immense talent. The experienced coached advised the young player to learn a lot of things from what the future has in store for him.

Josh Selby’s career took another turn when he was signed by the Kansas as one of the highest rated players. As of now it is pretty evident that Kansas Jayhawks coach Bill self is very much confident about this young talent. However, all the speculations will come to see the light of the day with his much awaited debut on December 18, which holds a crucial point for Josh Selby’s career.