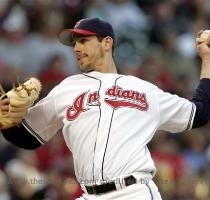 The team owner along with assistant general manager Thad Levine and co-chairman Ray Davis went to meet Cliff Lee, his wife and agent Darek Braunecker. an insider revealed that the meeting took place in Darek Braunecker’ office. As soon as news of this offer spread, the New York Yankees without losing an extra minute soon added an extra year to the deal made to Cliff Lee. Earlier on Wednesday, the Yankees had offered the Texas Ranger pitcher a deal of six years along with something between $137.5 million to $140 million. The buzz also has it that the New York Yankees might also pay him a whopping $160 million.

The final decision on the part of Cliff Lee is being eagerly awaited. A source claims that he will be announcing his 201 team this weekend itself. An insider revealed that the Texas Rangers just cannot afford to lose Cliff from their hands as they are relying on him to a great extent for reaching the World Series. Post discussions, when Chuck Greenberg was questioned about what he thinks Cliff Lee’ final decision will be, he refused to speak much. He just confirmed that the deal has been extended and that he felt good through out the entire discussion.