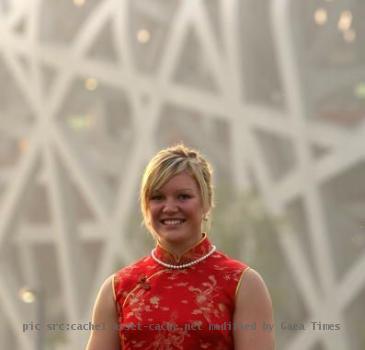 NEW DELHI, INDIA (GaeaTimes.com)- Adding insult to injury to India in its preparation for the Commonwealth games, is the news that Australian discus throwing champion, Dani Samuels has withdrawn from the competition. The news comes as a huge disappointment for all those who were hoping to see the greatest international athletes of the time competing at India’s capital. Dani Samuels’s reason for withdrawal from competition is sure to put the Indian officials to shame as she said that though she was eyeing the gold at the CWG, it was not as important as her life. She is one of the many international athletes who have complained of the poor standards of hygiene and security at the Commonwealth Games taking place in New Delhi.

Dani Samuels explained that it was enough to worry about performing at such an international event and the added pressure of worrying about where to sleep and walk is too much. Geoff Huegill, one of the swimmers from Australia who will be competing at the games, said that he understood the concerns of the fellow Australian but said that he was excited to compete. He said that it was obvious that Dani Samuels was concerned about herself and it was understandable if she decided to pull out of the competition due to security and health concerns. Dani Samuels was the favorite to win the gold at the event.

Apart from the Dani Samuels withdrawal, one of the biggest disasters to hit India’s preparation for the CWG is the collapse of the footbridge near the Jawaharlal Nehru Stadium, which is the venue of the event. Officials from Scotland and New Zealand have also complained about the poor standards of hygiene at the accommodation provided for the international teams.