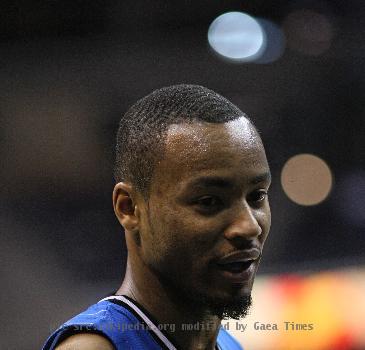 Whereas Rashard Lewis was quite happy with the new contract, and happily tweeted about his infusion in the new team, it seemed that Gilbert Arenas was not too satisfied with the deal as it would bring an end to his seven year old association with the team. However, many people are speculating that his strong bond with Magic general manager Otis Smith might have facilitated this player swap. For the last few days, the player has been telling a few of his close acquaintances, that something is likely to happen and he finally announced it to a few selected people at the Verizon Center on Tuesday after his last match for the Wizards. Wizards President Ernie Grunfeld said that getting Rashard Lewis in the team would be helpful for its front court, as he can shoot, rebound and also play some defense. He apparently seemed quite happy about this new deal despite knowing that the player has not been in the best of his capability in the preceding season.

Even Rashard Lewis tweeted that he is quite delighted to play for Washington Wizards and is very happy to head towards the city. After incorporating Rashard Lewis into the team, Ernie Grunfeld thanked Gilbert Arenas for everything he has done for the team so far. Even the player reciprocated with good sportsman spirit.

Magic exercise option on PF Anderson for next yearORLANDO, Fla. — The Orlando Magic have decided t...

No 2 Ohio St expects Illini to stick with run, while QB Pryor could air it out for Buckeyes

Magic experimenting with lineup changes in campORLANDO, Fla. — The typical makeup of a power forwa...

Steelers now know they can win without Roethlisberger _ but how many times?

1 down, 3 to go for Roethlisberger-less SteelersPITTSBURGH — The Pittsburgh Steelers realize it co...

Steelers beat Falcons 15-9 on OT TD runPITTSBURGH — The Steelers are back to running the ball and ...

'We will show up': Pat Riley says he's eager to get season going, and to prove doubters wrong

Riley takes exception to way some have ripped HeatMIAMI — Pat Riley and LeBron James already have ...
Copyright© 2010 The Gaea Times